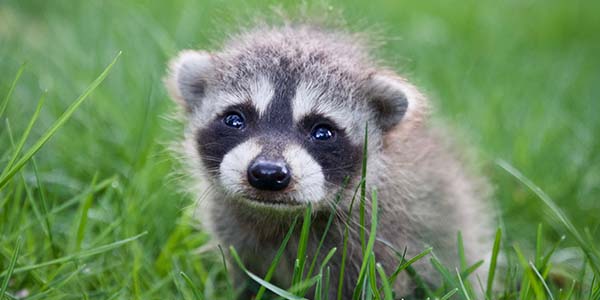 The raccoon lifespan is relatively short, so their gestation periods are correspondingly short. Most raccoons begin the mating season in January and will give birth to a litter of kits between March and May. Raccoons have 63 days of gestation and unlike humans, they do not carry their young for nine months. The baby raccoons are called kits or cubs and there can be anywhere from two to five of them in a litter per year. This article will explore the gestation periods for raccoons, what happens during it, and after mother raccoons have given birth.

The raccoon reproductive cycle begins when a male raccoon finds a female that is in heat. The mating ritual for the raccoons involves much biting and scratching as they mate for about an hour up to three or four days over the span of two weeks. Female raccoons are only receptive to these advances during their peak fertility period which happens once per year between December and January. During this time, it is possible for the pair to mate several times each day.

Once bred successfully by her partner, the female begins looking for an ideal den site that can last up until late fall depending on where she lives. She delivers around early springtime when things start up outside.

In about 63 days, the mother raccoon gives birth to her kits. The babies are born blind and deaf, weighing only about one ounce each. During this time, it is very important for the new mother to watch over them carefully as they can easily be preyed upon especially by birds and other animals that live in trees like owls or hawks.

The mother will find a den to deliver and raise her babies. She will usually give birth to her kits in another animal’s abandoned burrow or another such hole that they can rest comfortably in until fully developed. The mother will nurse her young until they are weaned and then teach them how to find food and other things raccoons do.

She will remain there for about two months during which they spend their first three weeks in a dark and warm environment where their mother feeds them milk until they can start eating solid food.

The baby raccoons rely solely on their mother’s milk as soon as they come into this world until around three or five weeks old when weaning begins to take place by introducing solid food such as insects, fruit, or vegetables along with more protein-rich animal matter like eggs and mice.

Once born raccoons weigh around four ounces but after a few weeks their weight doubles. They cannot see at birth but open their eyes within several days and begin walking by two months old with the help of their mothers who continue to protect and nurture them for about six months more when they go off on their own in search of new territories where other kits may be waiting for companionship during the mating season next year.

Female raccoons are very family-oriented; male raccoons, on the other hand, does not play any role in parenting as he leaves as soon as mating is done. The babies will stay with their mother for about a year before going off on their own to create new raccoon families. In the wild, young raccoons usually stay in an area of up to five miles from where they were born but have been known to move as far away as twenty-five miles if necessary!

The first three to four weeks after the birth are important because that’s when the mother stays close to her young and nurses them regularly, raccoon babies spend their time with their mothers until they are about a year old then go off into the world alone where hopefully they have learned enough from mom’s example to survive by themselves!

Although it may seem like the raccoon babies are helpless, they actually have a lot of time to play and explore within their den. Raccoon mothers also teach them important skills such as how to climb trees, swim in the water, and forage around their habitat at this age.

Female raccoons start looking for new homes when they are pregnant. When a mother gives birth to her young in your home, she may stay and raise them there if it is suitable enough as far as food and shelter goes.

This can be very dangerous because then you have not only one but more than likely two or three wild animals living inside of your house which poses multiple dangers such as damage to property, possible disease transmission from wildlife feces on surfaces touched by people such as counters and toilets, etc.

Raccoons in Attics During Gestation

For female raccoons in gestation or who are nursing, attics make great dens because they provide shelter and privacy for the animal. They typically like areas that are dark and warm to store their babies. They will stay here until the babies are old enough to venture out on their own.

Mother raccoons are fiercely protective of their babies and will do whatever it takes to protect them. Remember a mother raccoon is an adult animal that can become dangerous when protecting its young, so it is important to not try to remove her yourself. Instead, call a professional service that does humane raccoon removal so you can safely get your home back, and the young raccoons will be able to survive

Raccoon removals are best left up to professionals as they know what chemicals to use for cleanup of feces etc., how to close off all open spaces these animals may have entered through, where possible entry points are located, along with many other important factors involved in proper wildlife control services.

Remember it is very dangerous trying to do this on your own because even if it is only one or two babies chances are the mother has already moved them somewhere else before you ever got there meaning you could easily end up trapping an adult animal which could be fatal for the babies.

Will the mother raccoon abandon her young if I touch them?

No, she won’t. As long as you don’t mess with or separate the litter from their mom they will remain where they are for several months before wandering off on their own.

Young ones usually stay close to home until they are old enough to go out and explore within their natural habitat without parental supervision! It’s best not to interfere at this point especially since most people can’t identify what these little creatures need even though everyone has an opinion on how young coons should be treated which could end up being dangerous for all involved parties.

What are the dangers of raccoons living in my attic?

It is important to have your property free of any wildlife because they can bring parasites and diseases into your home. For example, raccoon roundworm eggs are found often in their droppings which could end up on surfaces touched by humans such as counters or toilets, etc., causing serious health issues if ingested.

Additionally, raccoons urinate everywhere around an open den site which causes foul odors that cannot be removed with regular household products alone thus creating a terrible situation for you to deal with once it starts getting hot outside! It’s best not to wait until this happens but instead call a professional service that does humane animal removal right away so you don’t have these problems anymore

How do you know if a raccoon has babies?

Raccoons are nocturnal animals that generally spend their days sleeping. You may not realize there is a pregnant or nursing female living in your home until you hear them scurrying around at night making noise which can be very alarming if it’s something you’re unaccustomed to hearing every day!

If the mother raccoon feels threatened she will try her best to protect her young ones by scratching and biting so do not approach any animal suspected of having babies as they could also pose serious health risks for humans too.

How to tell if a raccoon is pregnant?